Nothing super new today. Edited the About on the homepage. I ought to make an actual page for that instead of just the short one here on the journal. I don't know what I'd put there, though. You can figure me out pretty easily from clicking around. This whole website is an about page. That's kinda the point.

I said a while ago that I'd talk about the first college I attended, so I'll just give a TL;DR thing. Went off to study illustration as an alternative to suicide at age 17. Got scholarships thanks to a decent portfolio, but didn't do very well in any of my classes, so by around the end of my second year I was in danger of losing them. Didn't matter though. There are any number of factors that led to it, but the school shut its doors forever in early 2020. Technically it "merged" with another institution, but what that really meant was another university got all of its assets and equipment and stuff. There was one building with classrooms. It used to be a movie theatre years ago. I believe it's all rubble now.

I made this horrible thing there... I glued fake bones and doll hair to the skinned robot body of a Furby and covered it in fake blood. Left it on. Told my friend to hide it somewhere. I hope it's nestled in the wreckage. That would be pretty funny. The student body tried their damnedest to save the school with any number of desparate measures, but nothing worked, so we all scattered to the winds. I don't know what everyone else is up to. The friends I'm still in contact with were either lucky enough to graduate as the final class or continued their degree paths at other schools. I landed at a community college in my hometown and tapped back into an affinity for science, and eventually found that I want to try to get into medical school after undergrad.

It's gonna be tricky for me even to make it there, I think, but I can do it, and it'll be worth it. I wouldn't trade the time I spent at that school or the friends I made there for anything in the world, but I could do without the unimpressive transcript. Uphill battle, but it's possible, and that's all I need. I tend to do relatively well on standardized testing, so at least I've got that going for me. I hear that part's important.

I have only posted one piece of my own art here as the end of yesterday's update log. I definitely won't put any kind of actual portfolio on the site. Just RabbitQuest cartoons, I think. It was actually... very difficult to make art at all for a while after I was put in a position where I sorta needed to figure out another way forward, but funny enough, that little rabbit freak got me drawing again. I'm pretty fond of him for that. At this point, I don't even really consider myself much of an artist, but I don't know what I am otherwise. I'm a student, sure, but that's not my soul, you know? I certainly don't make art like I used to. It's sad.

I'm almost done with my credits here (basically started from zero. I have a ton of credits that were pretty much exclusive to my old school's program[s], which sucks - then pandemic depression hit me really hard in Spring 2020 and I had... a very difficult time. I've recovered my grades a little, but they still need a lot of work), and I'll be trying to get into university somewhere within the next year or so. I hear it doesn't actually matter what you get your undergraduate degree in so long as you do well and meet prerequisites, so that's a bridge to cross when I get to it. I'm inbetween a standard pre-med path and formally learning Russian. Maybe both if I feel like straining myself for no reason. I've been studying the language pretty much alone for about a year, and I can kinda read and write, but I've got a pretty limited vocabulary in working memory and my grammar is atrocious. My handwriting's nice, though. I think I just need more practice.

So that's me, I guess. A would-be art school flunkee turned pre-med, doing his best in community college and just trying to stay motivated enough to really get his foot in the door somewhere he wants to be, eventually. I guess this site is mostly an account of that journey. It's hard now, but it'll only get harder. Stay tuned. 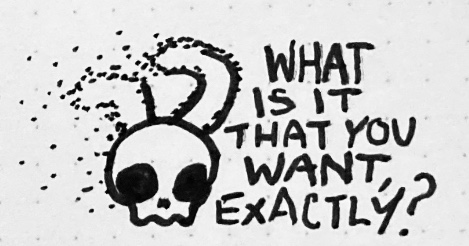