I'm setting Mondays as the dedicated update day for RabbitQuest, but I made an exception this week due to... circumstances. If you read my logs you know what I mean. My spring break is next week, though, so I might keep breaking my own rule for a little while longer.

Spotify was down for a little while today, and it was the nudge I needed to start actually collecting CDs like I've been wanting to for quite a while. I've got a spreadsheet thing started for what I have and what I want, but I don't have any CDs right now except for a Car Seat Headrest live recording compilation I picked up at one of their shows in... 2018, I think? It's in a soft case, which bugs me, but it'll go with the rest regardless. I'm inclined to say the disastrously scratched "Music from the Ballet" disc I came into possession of at age four doesn't count... even if I do still listen to it. I have an old CRT television on my dresser that essentially functions as a machine I can turn on to make the Waltz from Sleeping Beauty start playing.

I got a used copy of Grazhdanskaya Oborona's Реанимация online, but only because I'm certain I'm not going to find it at random used media stores in the US midwest. Here's a little taste, if you're unfamiliar, I guess. "Badger song". Everything else will likely be picked up the old fashioned way. This first purchase is more of a commitment to a collection than anything. Might as well get it out of the way. I have a few other harder finds pencilled in. Next up: Cathedral's Endtyme.

I also got a display rack that holds thirty standard jewel case CDs, but I probably won't fill it this year. I saw a very cool CD collection page on here, so I might do something like that in the future. The ГрОб CD won't be here for a few weeks, though. I don't even have my own CD player. There's probably an old one around here somewhere... 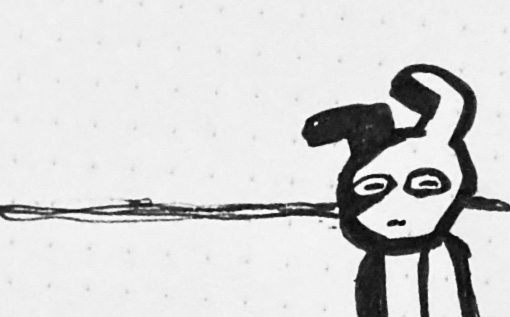